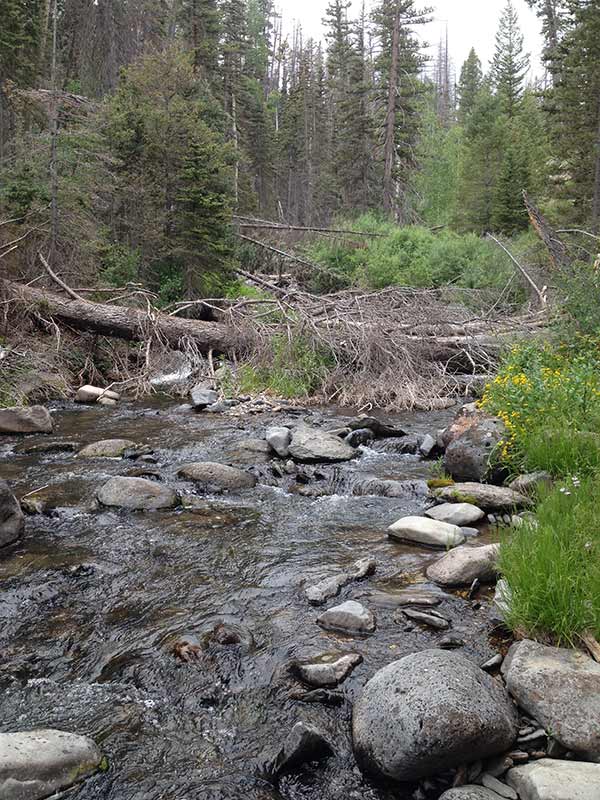 SALT LAKE CITY — The daily limit increased to eight trout on a portion of Mammoth Creek on Monday, which will allow anglers to catch and keep more fish before the Utah Division of Wildlife Resources treats the river with rotenone to remove its remaining fish.

DWR Director Mike Fowlks issued the emergency change to the 2020 Utah Fishing Guidebook to give anglers the opportunity to catch and keep more fish in Mammoth Creek and its tributaries that are upstream of Forest Road 50 (excluding Castle Creek) before the river is treated with rotenone. Rotenone is a natural substance that comes from the roots of a tropical plant in the bean family. It’s lethal to fish but isn’t dangerous to people, pets or other wildlife, especially in the extremely low quantities that biologists use to treat the streams.

“The upper Mammoth Creek drainage will be treated in early August to remove nonnative trout, such as brook, brown and rainbow trout,” DWR Aquatics Biologist Michael Hadley said. “It will also be treated again in August 2021. This project is part of an effort to restore native Bonneville cutthroat trout to their natural habitat in the drainage upstream of Mammoth Spring.”

Castle Creek, a tributary of Mammoth Creek, was previously treated with rotenone in 2015 and 2016 and will not be re-treated in 2020. Bonneville cutthroat trout have already been stocked in Castle Creek, so the daily limit for Castle Creek will remain unchanged at four trout.

The area will be restocked with Bonneville cutthroat trout in the fall of 2021 after the treatments have removed all the fish.

The increased fish limit at Mammoth Creek became effective May 11 and will remain in place until Dec. 31. All other rules established in the 2020 Utah Fishing Guidebook remain in effect.